Are Bruce Arena’s coaching day’s over? 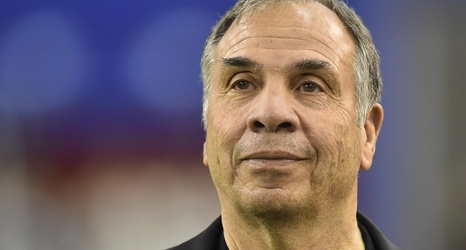 After the Revolution suffered a heart-shattering defeat in penalties to NYCFC, Revolution head coach and sporting director Bruce Arena spoke to the media.

After a slew of questions related to the team’s performance throughout the 120 minutes plus penalties, the press conference took a different direction as WPRO’s Tom Quinlan asked Arena about his future with the Revolution. Bruce was not afraid to discuss his future on the Revolution sideline as he hinted at the possibility that Tuesday’s defeat may have been the last we see of the legendary coach’s career.

“My future? I didn’t think about it after the game ended, to be honest with you, but we’ll see,” said Arena.