An oral history of the Revolution’s 2014 MLS Cup run 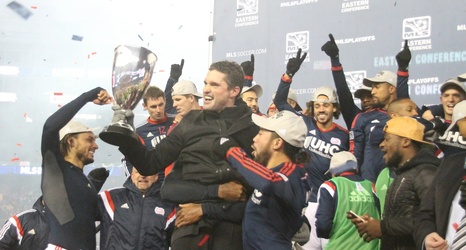 Playing in an MLS Cup final—let alone winning the trophy—is special. No one knows that more than the New England Revolution.

The Revs have made five finals without walking away with the ultimate prize. That could change this year as the team enters the playoffs after breaking the single-season points record and lifting the Supporters’ Shield. There are plenty who are predicting that Bruce Arena’s men could hoist the cup.

But what about the last time the Revolution made it to the final?

The 2014 season was full of memories as Jose Goncalves worked through contract issues, Charlie Davies experienced a career renaissance, and Lee Nguyen emerged as an MVP candidate.