Adam Buksa has “definitely improved a lot” since joining MLS 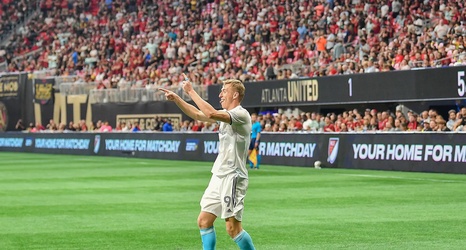 Adam Buksa has scored in his last six games across all competitions, making him as hot as any striker in Major League Soccer.

Buksa collected two goals on Sunday as the New England Revolution tied Atlanta United 2-2. This was his second brace of the week as he scored twice in the Revs’ 5-1 U.S. Open Cup win over Cincinnati FC. Buksa now has six league goals, ten when considering Open Cup and Concacaf Champions League.

Perhaps more impressive is that Buksa has the most open play goals in MLS since 2020 as his total of 24 is two better than Javier “Chicharito” Hernandez.