WATCH: Every Patriots TD From New England's 27-16 Win Over The Steelers 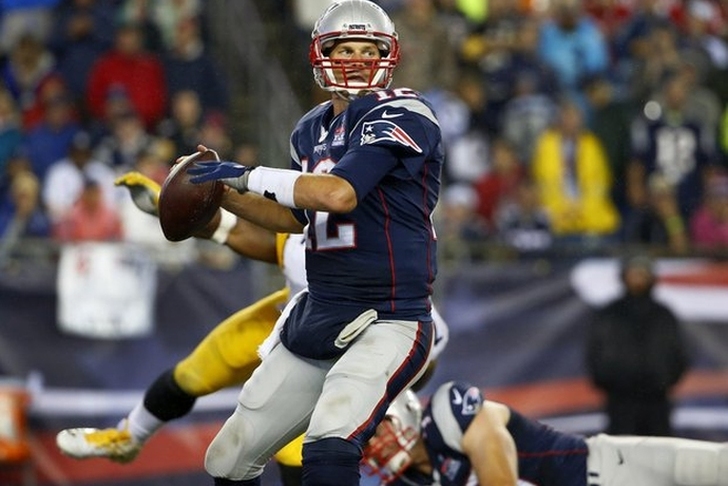 The New England Patriots had the benefit of playing the Pittsburgh Steelers without Ben Roethlisberger and they took advantage of it. The Patriots never trailed and used a strong game from LeGarrette Blount to pull away in a 27-16 win. The Patriots are now 6-1 and look like the best team in the NFL.

Here's every touchdown from the Patriots win over the Steelers.

Late in the first quarter, Tom Brady started the scoring with a 19-yard TD pass to James White.

The Patriots extended the lead to 14-0 when Blount plunged in from five yards out.

The Steelers would rally to make it 14-13 New England in the second half. And then Brady found Gronk for a 36-yard score.

The Patriots put the game out of reach for good on Blount's second TD of the day. This one was a 5-yarder to make it 27-16 and that would be the final score as well.

All videos are via the Every Pats TD Facebook Page.