WATCH: Every Patriots TD From New England's 27-0 Win Over The Texans 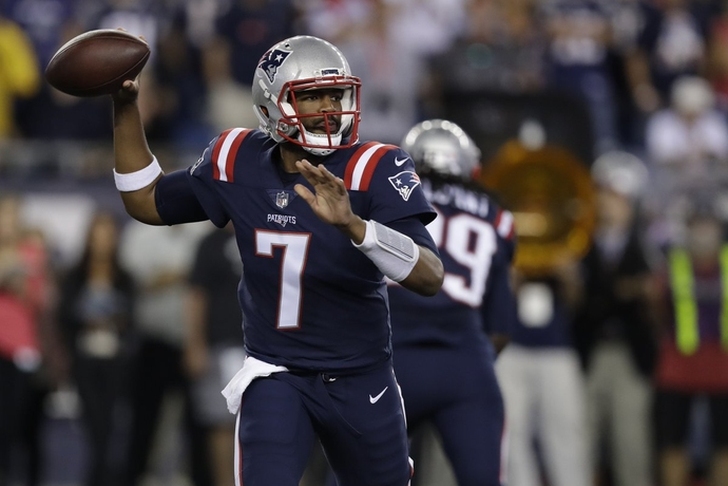 For the first time since 2012, the New England Patriots posted a shutout. With third-string and rookie QB Jacoby Brissett getting the start, the Patriots cruised to a 27-0 win over the Houston Texans Thursday night. RB LeGarrette Blount had a big night on the ground, guiding his team to a win.

Check out every Patriots touchdown from their win below.

After a field goal to start, the Patriots had their first TD of the game late in the first quarter. It came on a run from Brissett, the first TD of his NFL career.

Now up 13-0 in the second half, Blount plunged in from a yard out to extend the lead.

Blount added his second TD of the night on a 41-yard TD scamper.

That made the score 27-0 and the Texans' offense was unable to add any points. The Houston offense had major issues even getting the ball beyond mid-field.

All videos are via the Every Patriots TD Facebook page.