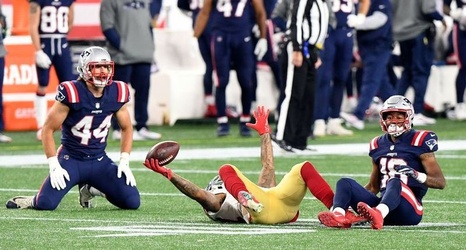 The New England Patriots find themselves in unfamiliar territory.

After a pitiful showing Sunday against the San Francisco 49ers in Week 7, New England dropped its third-straight game for the first time since 2002, scoring 12 points or fewer in all three of those contests.

Cam Newton was benched after three interceptions, and the showing had everyone from retired Patriots players, former AFC East coaches and talking heads of sports media speculating on what is going on at Gillette Stadium.

Of course, Stephen A. Smith was among them, and in Monday’s episode of ESPN’s “First Take,” he added his two cents.