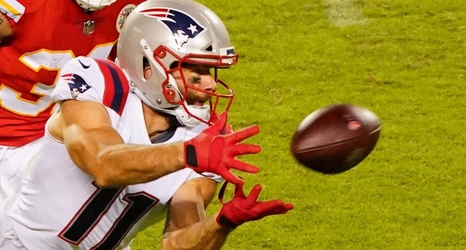 On the first, he was rescued by fellow Patriots wideout Gunner Olszewski, who was able to corral the ball after it glanced off Edelman’s hands.

He wasn’t so lucky on the second. That one resulted in a Tyrann Mathieu pick-six that essentially put the game away in the fourth quarter.

Edelman was asked about these miscues Friday during an interview with WEEI’s “Greg Hill Show.”

“I think you have to be onto the next week,” he replied.