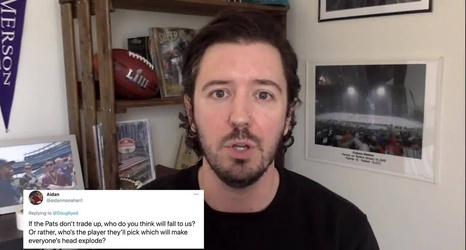 In re-signing the veteran third-down back this week, the Patriots gave him what’s called a “four-year qualifying contract” — a specific type of one-year deal reserved for players who have spent more than four consecutive years with a given team.

White’s contract is a fully guaranteed one-year, $2.4625 million pact, but his cap hit this season will be just $1.2125 million, according to details shared Friday by The Boston Globe’s Ben Volin and ESPN’s Mike Reiss.

“Another type of veteran salary benefit, it can be offered to a player with at least four credited seasons whose contract with a team has expired after being on said team for four or more consecutive, uninterrupted league years prior to his contract expiring.