What you need to know about new Patriots kicker Kai Forbath 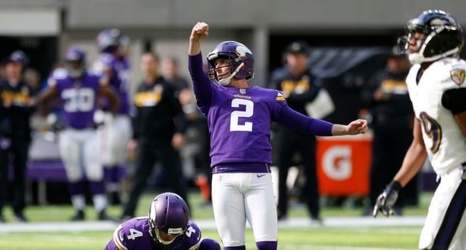 The Patriots signed Kai Forbath to replace kicker Nick Folk, who underwent an appendectomy Thursday morning and will be unable to play Sunday night against the Texans.

Forbath will be the fourth player to kick for the Patriots this season. They already have used Stephen Gostkowski and Mike Nugent. Gostkowski had to go on injured reserve Oct. 2 with a hip injury and Nugent was replaced by Folk after four games.

Here’s what you need to know about Forbath:

u25a0 He is 32 and originally signed with Dallas as an undrafted free agent in 2011.