What Daniel Jones had to say after losing to the Patriots 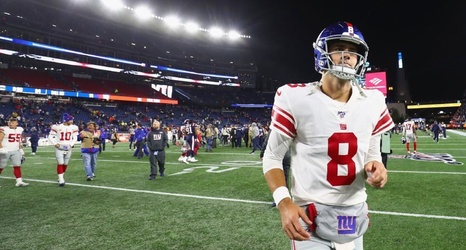 “We came into the game expecting to win,” Jones said after his team’s 35-14 defeat. “We expected to win and we came in confident.”

Like the Redskins did a week ago, Jones and the Giants stuck around in the first half, tallying both an offensive and defensive touchdown to tie the score at 14 in the second quarter. Jones hit wide receiver Golden Tate for a 64-yard score, which was followed by linebacker Markus Golden recovering a Tom Brady fumble and running it into the end zone.