What Brandon Bolden said after scoring in his 3rd straight game 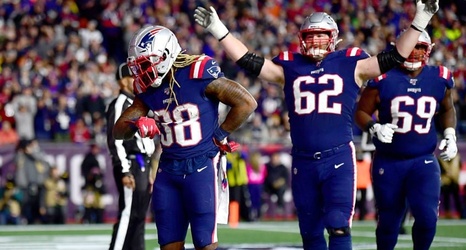 In his first six seasons with the Patriots, Brandon Bolden reached the three-touchdown mark in a season just once. Six games into the 2019 campaign, the running back has already matched that total.

Bolden plunged in from one yard out during the second quarter of Thursday night’s win over the New York Giants, marking the third game in a row he has scored a touchdown.

Is Brandon Bolden a thing now in fantasy football?

He now has a touchdown in three straight weeks.

With running back Rex Burkhead missing his second straight game with an injury, Bolden finished the game with three carries for 23 yards, highlighted by a long run of 21 yards, plus a pair of catches for 22 yards.