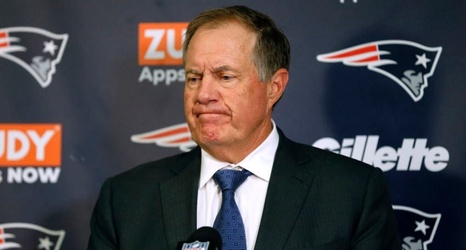 Since returning to the Patriots in the offseason, linebacker Jamie Collins has excelled by following some straightforward instructions from the team’s coaching staff.

“Whatever we’ve asked him to do, he’s done a great job,” said Bill Belichick.

That capacity was on display throughout the Patriots’ 16-10 road win against the Bills on Sunday, and it was highlighted in the game’s defining play. With the Bills attempting to drive for a game-winning touchdown, Collins hauled in the interception that sealed the victory for New England.

.@j_collins91 gets his 3rd INT of the season to seal the @Patriots W!