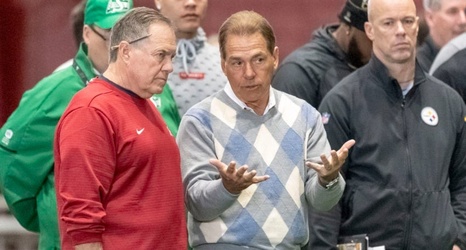 Much to the appreciation of Patriots fans, NFL Films keeps adding to the canon of Bill Belichick.

The Patriots coach has been featured in several documentaries and projects through the years, on topics such as his coaching staff with the Cleveland Browns to his relationship with Bill Parcells to the various championship films after Super Bowl victories. He’s also an essential part of their ongoing series on the NFL Network regarding the top 100 players of all-time.

The latest Belichick-focused NFL Films project premieres Dec. 10 at 9 p.m. on HBO. Titled “Belichick & Saban: The Art of Coaching,’’ the film focuses on the three-decade friendship between Belichick and Alabama coach Nick Saban.