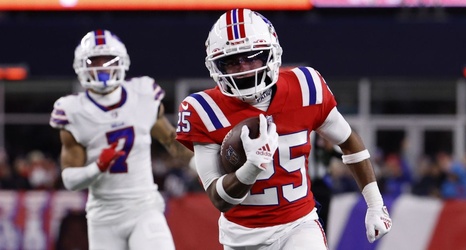 After fielding a touchback to kick off New England’s second offensive drive of the night, cornerback Marcus Jones did not make his way immediately to the sideline. He entered the offensive huddle for a brief moment before quickly being signaled to the sideline.

Six plays later, Jones reentered the game and joined the huddle for his first offensive snap of the season. He immediately got a touch on a quick screen pass and showcased his playmaking ability, taking it 48 yards for a score — the Patriots’ lone touchdown of their 24-10 defeat to the Buffalo Bills.