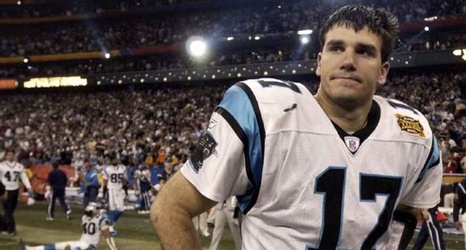 EAST RUTHERFORD, N.J. -- Daniel Jones's first memory of Tom Brady stretches back to when he was 6 years old. It's not one he recalls fondly.

Jones, the No. 6 overall pick in this year's draft and now the New York Giants' starting quarterback, was a Carolina Panthers fan born and raised in Charlotte, North Carolina. He liked quarterback Jake Delhomme and wide receiver Steve Smith. Those were Jones' guys on his hometown team.

Delhomme and Smith were the stars of the 2003 Panthers team that reached Super Bowl XXXVIII.