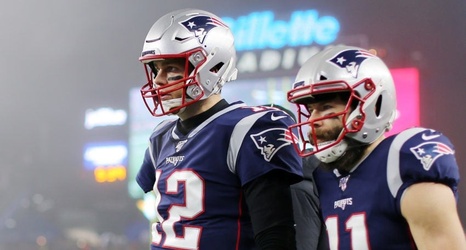 While Tom Brady’s future with the Patriots is still undetermined, he did leave a message for Julian Edelman on Instagram:

“Get back to the east coast so we can throwud83dudcaf”

The Patriots’ quarterback — who will become a free agent in March — commented on the wide receiver’s latest Instagram post, which Edelman posted on Wednesday. The post featured a portrait of Edelman in a Patriots uniform with the caption, “Focus on what’s next. Always. #Relentless.”

In his comment (which was posted twice), Brady ordered Edelman to return to the East Coast so they could pass around the football.