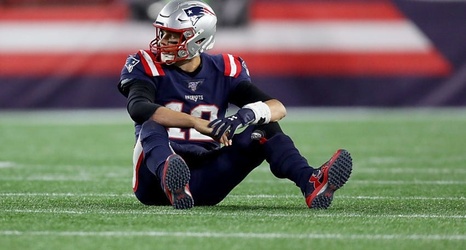 The Patriots defeated the Giants on Thursday, 35-14. While the defense put on a strong performance that included a blocked punt and four forced turnovers, the offense struggled. Quarterback Tom Brady threw an interception in the first half (“bad decision”), lost a fumble, and delivered zero touchdown passes.

Still, he did manage to add in two touchdown QB sneaks and, thanks to a 19-yard pass to Sony Michel in the first quarter, officially passed Peyton Manning for second place in all-time passing yardage.

From @ESPNStatsInfo: This is the first time since Week 12 of 2017 that Tom Brady has thrown an interception and lost a fumble in the same game.