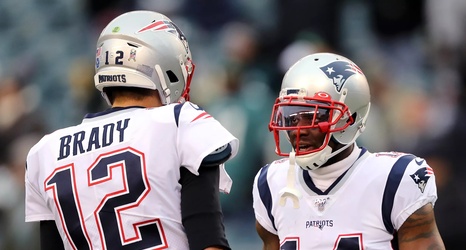 When the New England Patriots sent a second-round draft pick to the Atlanta Falcons to bring veteran wide receiver Mohamed Sanu on board, the expectation was that he would fill the number two role alongside Super Bowl MVP Julian Edelman. While this might very well happen, the early returns on the investment have been underwhelming with Sanu catching 18 passes for 135 yards and a touchdown during his five games in New England’s offense.

The vast majority of this production came in just his second game with the team: against the Baltimore Ravens in Week 9, Sanu tied Edelman for the team-lead with 10 catches which went for 81 yards and a touchdown.