Three decades later, Patriots head coach Bill Belichick is still looking back fondly at his time with the Giants 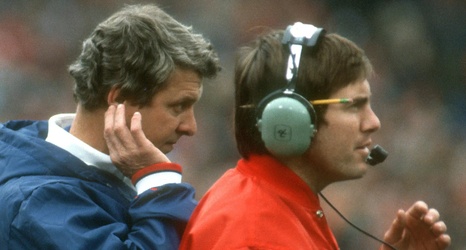 The defensive game plan of his final contest with the New York Giants nowadays has its own display at the Pro Football Hall of Fame — the way Bill Belichick’s defense attacked and ultimately defeated the Buffalo Bills in Super Bowl 25 was ground-breaking. A lot has happened since January 1991, though, as Belichick grew from a talented young coordinator to become the most successful head coach the league has ever seen.

One thing did not change, however: Belichick is still looking back fondly at his time in New York even though he left the organization more than 28 years ago to become the mildly successful head coach of the Cleveland Browns (he did lead them to their last playoff victory, though).