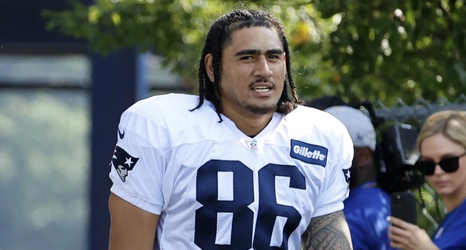 The connection that Kendrick Bourne and Mac Jones established in their first season together was nothing short of impressive. The wide receiver, who was acquired by the New England Patriots in free agency, built a quick rapport with the rookie quarterback: the duo was among of the most productive QB-WR pairings in the NFL in 2021.

Tight end Devin Asiasi has yet to get to that same level with Jones. In fact, heading into his third year in the league after just one in-game appearance last season, Asiasi appears to quickly be approaching “do or die” territory.