The Patriots have a ‘Boogeymen’ challenger 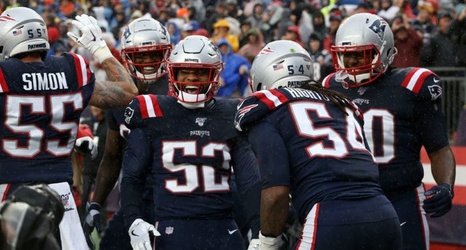 Not only are the Patriots and the 49ers each battling to stay undefeated, but it looks like they’re battling over the same nickname too.

The caption they put for the picture was “the boogeymen live in the backfield.”

If you didn’t know, the Patriots linebacking unit has called itself “The Boogeymen” since last month. Linebacker Dont’a Hightower was the first player to use the term, saying “we’re The Boogymen” following the Patriots’ win over the Washington Redskins on Oct.