The Lane Breakdown: An ugly Patriots win is still a win 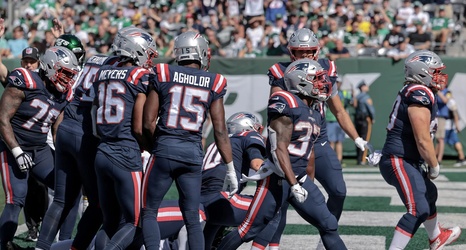 The New England Patriots got their first of the season at MetLife Stadium against the New York Jets on Sunday. It might not have been pretty, but Mac Jones got his first career win of hopefully many. Here are my 10 takeaways from the 25-6 outcome.

1. A win is a win is a win: It was an ugly win, but it still counts as a win. The Patriots didn’t play great in any facet of the game, but they were still able to take down the lowly Jets. They need to improve upon almost everything, and, against a better opponent, they may not have done enough to win, but they had enough yesterday.