Stephon Gilmore: Receivers are too scared to talk trash during games 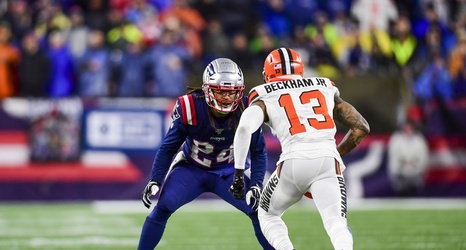 Stephon Gilmore isn’t one to talk trash. While many modern cornerbacks have become more and more outspoken, brash, and braggadocios as the league shifts further into prioritizing the passing game, Gilmore has stayed true to his personality and remained one of the more soft-spoken, media-averse star players in the NFL.

Ever since he first began his professional career with the Buffalo Bills, Gilmore has preferred to let his play on the field do the talking for him. He has been exceptional ever since he entered the league back in 2012, but he was never quite a household name while playing for New England’s division rival.