Stephon Gilmore keeps it low-key, unless you throw the football near him 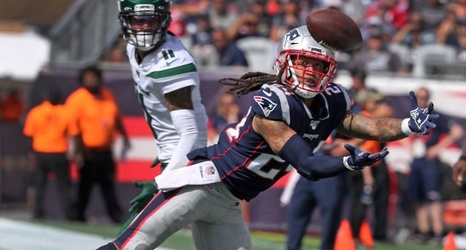 FOXBOROUGH — Patriots rookie Joejuan Williams looks at me and doesn’t say a word.

His eyes are attentive, but he utters nothing.

Williams’s impression may have been exaggerated for dramatic effect, but cornerback Stephon Gilmore is a man of few words. When he does speak, his gentle voice is usually at a soft volume. Teammate Jonathan Jones remembers how he occasionally had to ask Gilmore to repeat himself when the $65 million free agent first arrived in New England in 2017.

“He’s really kind of like a Batman type,’’ added Williams.