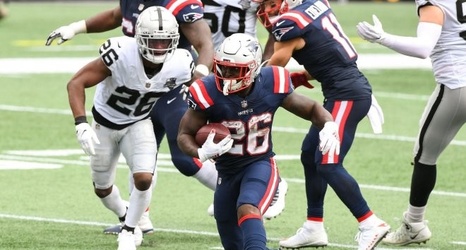 The 2020 season was an up and down year for New England Patriots running back Sony Michel.

Despite a career high 5.7 rushing yards per attempt, Michel played in a career-low nine games and saw his starting running back job go to second-year back Damien Harris in his absence after he landed on injured reserve in early October with a quadriceps injury.

Over his first two NFL seasons, Michel rushed for 1,843 yards and 13 touchdowns in 29 regular season games but only logged 449 yards and one rushing score on 79 carries in 2020.

In late November, Michel was activated off injured reserve and appeared to find his groove down the stretch.