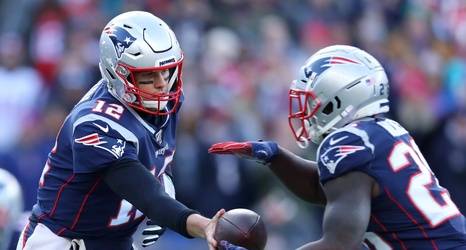 The New England Patriots did not find their offensive rhythm until late during the regular season last year, but find it they eventually did when the unit turned to a smash mouth attack powered by its running game. Led by then-rookie Sony Michel, the Patriots gained 485 yards on the ground and scored nine touchdowns over the team’s three playoff games en route to a victory in Super Bowl 53. Michel, of course, played a key role in all of this.

Fast forward to the 2019-20 season. While the circumstances have changed quite a bit for the Patriots’ running game — gone are the outstanding blocking of starting offensive linemen David Andrews and Trent Brown, fullback James Develin, and tight ends Rob Gronkowski and Dwayne Allen — one thing remains true yet again: Sony Michel could very well end up being the X-factor for the Patriots in the postseason.