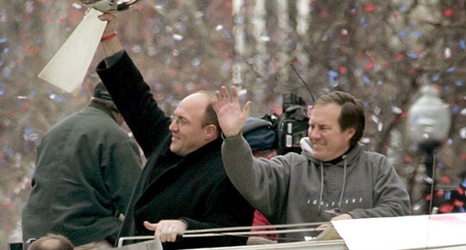 Former Patriots personnel chief Scott Pioli says that when it comes to Tom Brady’s future, it’s time to stop overanalyzing every little thing the quarterback does.

“What’s going to happen with Tom? I don’t know,’’ he said. “It’s so funny, every day I open up the Internet and there’s this new story, and I’m watching how many people are getting traction out of Tommy’s life and his story,’’ he said. ’’It’s just so funny how every last thing is put under the microscope, and how much people want to speculate.’’

The quarterback is set to become a free agent for the first time in his professional career next month, which has touched off a wave of speculation about where he might be in 2020.