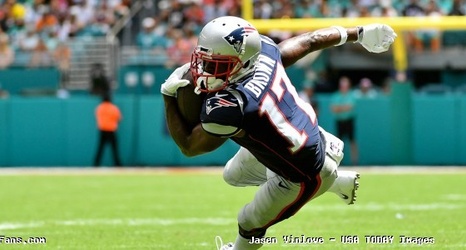 There are many Patriots fans out there who may be hoping that embattled receiver Antonio Brown might make a return to New England, but it appears that the door for that option may be finally be closed.

According to ESPN’s Adam Schefter, sources told him that the Patriots will not re-sign Brown, which should end that speculation.

Brown was terrific in his one outing with the Patriots, finishing with 4 receptions for 56-yards and a touchdown down in Miami in their blowout win over the Dolphins back on September 15th. But that would be his only appearance with the team after sexual assault allegations had earlier surfaced and Brown made the mistake of texting one of his accusers with language that was deemed potentially threatening, which ultimately led to his release.