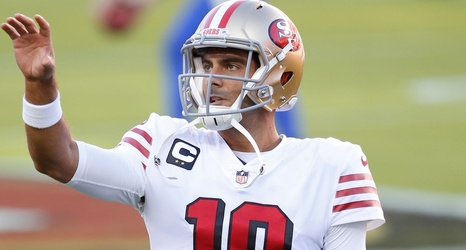 The San Francisco 49ers head to New England on Sunday in a matchup that would have been marked on many people's calendars preseason.

Two of the greatest franchises in NFL history - one with a record-equalling six Super Bowl titles to their name, the other with five and having reached a seventh back in February.

But, both teams have somewhat stumbled out of the gates this season, with the Patriots losing two straight to slip back to 2-3 and San Francisco, at 3-3, seemingly still nursing a hangover from that 31-20 defeat to the Chiefs down in Miami earlier this year.