Running backs coach Ivan Fears addresses the Patriots’ fumble issues: ‘We can’t have the ball out of our hands’ 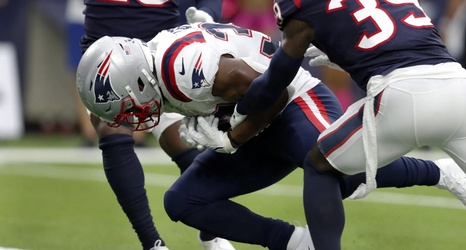 The New England Patriots pride themselves on playing fundamentally sound football and not beating themselves, but they have not been entirely successful in those departments so far this season. One area stands out in particular: turnovers.

Through five games, the Patriots have turned the ball over nine times. Of those giveaways, four came courtesy of the running back position. Rhamondre Stevenson and J.J. Taylor lost one fumble each, with Damien Harris adding two more.

Harris’ in particular are noteworthy given where they happened on the field: both of his fumbles came in the red zone to end potential scoring drives.