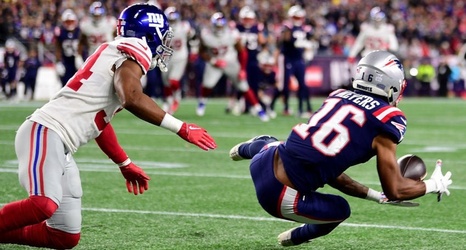 Phillip Dorsett missed Thursday’s game against the New York Giants with a hamstring injury and Josh Gordon left the contest in the second quarter and did not return after twisting his knee, elevating rookie wide receivers Gunner Olszewski and Jakobi Meyers into prominent roles during the prime-time matchup.

With a thin and unproven receiving corps outside of Julian Edelman, the duo of Olszewski and Meyers responded, combining for six catches for 88 yards during the Patriots 35-14 win over the Giants.

Meyers, an undrafted rookie from NC State, caught all four of his targets for 64 yards.