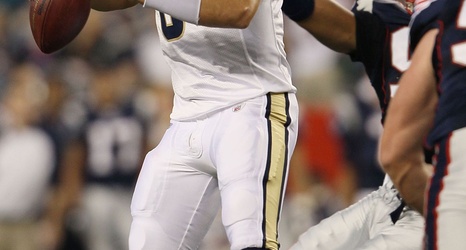 The New England Patriots have never shied away from making trades on draft day, but they were comparatively conservative this year. The team made only one move, sending three total selections to the Cincinnati Bengals to jump from No. 46 to No. 38 in the second round. Their target? Alabama defensive tackle Christian Barmore.

Seven games into his NFL career, it seems as if the Patriots have made a good investment. Barmore, after all, is emerging as a disruptive player for the team and has carved out a regular role as a member of the interior defensive line rotation.