Robert Kraft: ‘We can always pray and hope’ Rob Gronkowski comes back 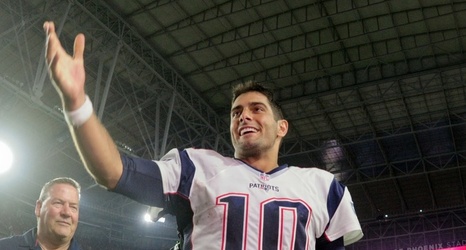 It must have been somewhat bittersweet for fans of the New England Patriots who tuned into the pregame show before last night’s game against the New York Giants. On the one hand, there was a familiar face making his debut as a television analyst, and it was beloved fan favorite Rob Gronkowski.