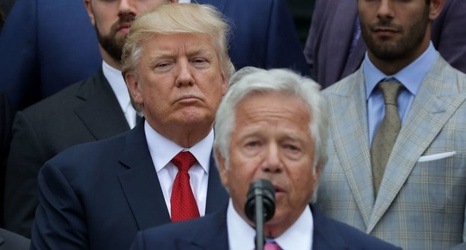 It isn’t a secret that Patriots owner Robert Kraft and Donald Trump are friends. But Kraft wasn’t willing to stick up for his friend at the 2017 NFL summit.

TMZ Sports released audio on Friday of Kraft ripping Trump for his comments on NFL players who protested the national anthem.

“The elephant in the room now in my opinion is this kneeling, which every player has a right to do if they feel it’s right,” Kraft told owners, players, and league executives at the summit. “The problem we have is, we have a president that will use that as fodder to do his mission that I don’t feel is in the best interest of the matter.