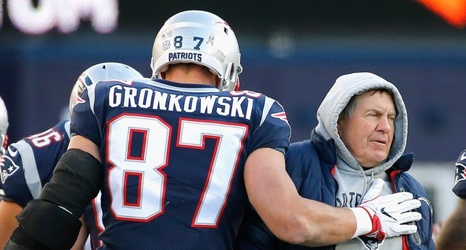 Patriots head coach Bill Belichick is pretty complimentary of his opponents in the leadup to the games against them.

This week was no different. With the San Francisco 49ers coming to town on Sunday, Belichick took time to praise All-Pro tight end George Kittle. Belichick’s praise of Kittle was so strong that it actually made some think that he was taking a shot at former Patriots tight end Rob Gronkowski.

“Kittle is a great player,” Belichick said earlier this week. “He does everything well. I’d put him right at the top of the league there, period. His ability to run, catch, get open, after the catch, block, he does everything at a high level.