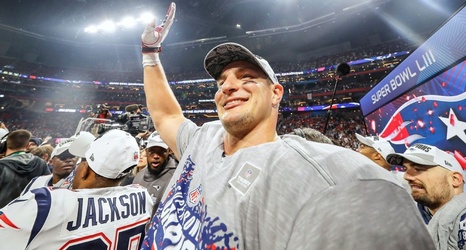 Gronkowski has said he doesn't have plans to return, but Kraft said on the program, "We can pray and hope."

Gronkowski was at Gillette Stadium on Thursday night for the Patriots' game against the New York Giants, as he has been hired by Fox as a football analyst. In an official statement Tuesday, Gronkowski said he was excited to "embark" on a new phase of his post-playing career as an analyst.