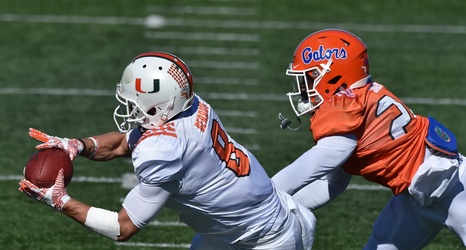 A handful of 2019 NFL draft prospects attending his week’s Reese’s Senior Bowl will be New England Patriots by the end of April.

Leading up to Saturday’s 2:30 p.m. ET exhibition at Ladd-Peebles Stadium, all are on the same playing field. All are installing and executing assignments out of the same syllabus. And “certainly a high percentage of whom are going to be drafted,” as Patriots head coach Bill Belichick said on WEEI during his last scouting trip to Mobile, Ala., in January 2016.

“After draft choices are free agents,” added Belichick, “so that’s a large chunk of players and they’re playing football against each other and the competition is relatively equal, which is a lot different than the combine where it’s a few workout drills and that type of thing.