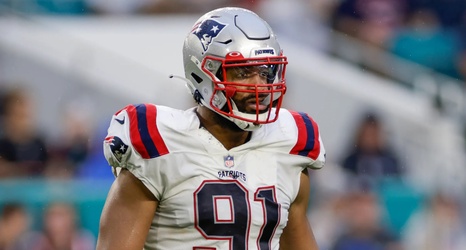 The New England Patriots needed to create roughly $900,000 in salary cap space in order to finalize their trade for Miami Dolphins wide receiver DeVante Parker. They did so by reportedly restructuring the contract of defensive lineman Deatrich Wise Jr.

According to ESPN’s Field Yates, New England converted $2.85 million of Wise Jr.’s base salary into a signing bonus to create a total of $1.9 million of additional cap space.

Wise Jr., 28, originally joined the Patriots as a fourth-round selection in the 2017 NFL Draft. A solid rotational presence, who found success both on the edge and along the interior of the defensive line, he signed a four-year, $22 million extension last March.