Report: Patriots release Devine Ozigbo after adding a pair of running backs in the NFL Draft 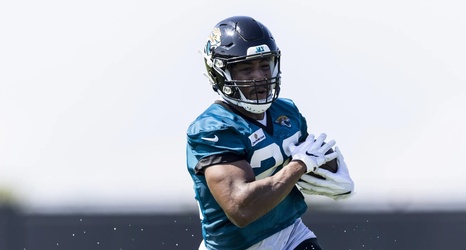 The New England Patriots have made their first post-draft roster cut. As first reported by Aaron Wilson of Pro Football Network, the team has decided to let running back Devine Ozigbo go after selecting two players at the position on Day 3 of the NFL Draft.

Ozigbo, 25, originally joined the Patriots as a practice squad player in late November. He spent the rest of the 2021 season on the team’s developmental roster and despite not seeing any game action was signed to a reserve/futures contract after the season.

With the Patriots adding South Dakota State’s Pierre Strong in the fourth round of the draft, and South Carolina’s Kevin Harris arriving two rounds later, however, Ozigbo’s fate was sealed.