Quick-hit thoughts on the Patriots’ win over the Bills: Dominant defense continues its historic run 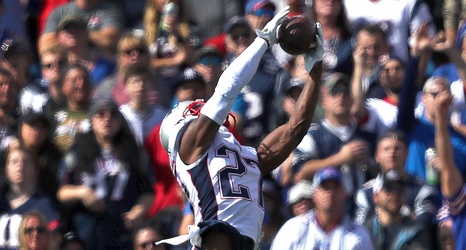 The New England Patriots won on Sunday, improving their perfect record to 4-0. The offense was terrible, with Tom Brady completing less than 50% of his passes and ending their best drive of the game with a bad interception in the end zone. And yet, the Patriots held off the Buffalo Bills because of the strength of the defense and special teams units.

The defense had another dominating performance, with five more sacks, and four more interceptions. New England’s defenders were consistently in the backfield in Josh Allen’s face, forcing him to throw off his back foot regularly, causing most of the interceptions he threw.