Potential Patriots: Tight End For Pats In Every Round Of 2021 NFL Draft 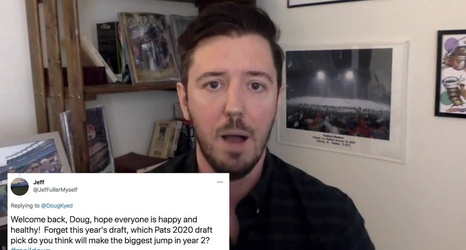 Unfortunately, he plays the two positions with the lowest level of need on the Patriots’ roster.

The Patriots do not need a tight end. Let’s get this out of the way now.

They drafted Devin Asiasi and Dalton Keene in the third round of the 2020 NFL Draft, then signed Jonnu Smith and Hunter Henry in free agency this offseason. And they still have Matt LaCosse on their 90-man roster. But we’re completionists in this draft fits series, we wouldn’t put anything past the Patriots, so it’s entirely possible that they’ll add another player at the position in this year’s event.