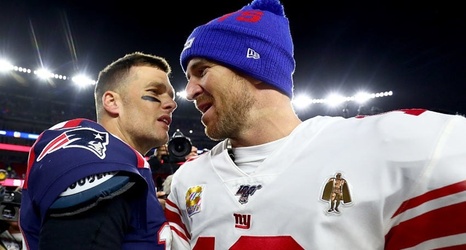 Peyton Manning had an illustrious NFL career, winning two Super Bowls and appearing in four during his 18-year NFL career.

With Eli Manning announcing his retirement from the NFL on Friday, Peyton reflected on his little brother’s career in an article on DenverBroncos.com.

One of the things the elder Manning revealed is that his favorite Super Bowl memory is watching Eli take down the 18-0 Patriots in Super Bowl XLII.

“I think people don’t really believe me or are surprised [when I say] my greatest Super Bowl memory is watching my little brother take the New York Giants down the field in a two-minute drill and beat the undefeated Patriots and all that came with that,” Manning told Aric DiLalla of DenverBroncos.