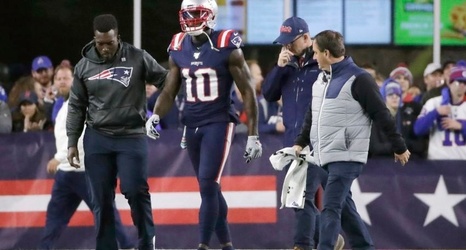 Gordon was trying to bring down Markus Golden just before the end zone after the Giants linebacker intercepted Tom Brady at the Patriots 42-yard line. Golden stretched with the ball to cross the goal line, and Gordon landed on his back with is left leg bent under him.

He was checked out in the medical tent but did not return on New England’s next possession, its last before halftime.