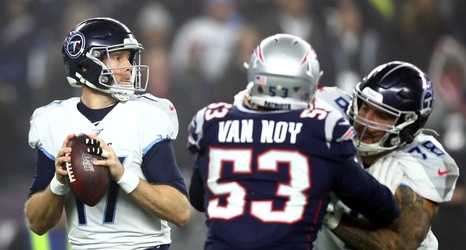 After playing in 11 straight games —five of which were decided by one score— you’d think that the New England Patriots would be the ones running on fumes by now. Well, they aren’t. In fact, they’ve won five straight games and are rolling into this Sunday afternoon matchup with the Tennessee Titans looking as strong as they have all season.

Those Titans, they’re a different story, having seen a litany of star players land on injured reserve. Leading rusher Derrick Henry, leading receiver A.J. Brown, and star offseason acquisition Julio Jones all find themselves on IR with various injuries while Tennessee will also be without multiple starters on defense.