Patriots vs Redskins: James White could have a big day against Washington’s linebackers 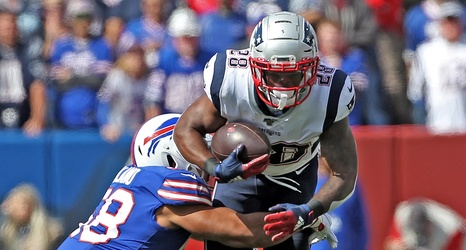 The New England Patriots’ offense had a tough day against the Buffalo Bills’ defense in Week 4. While the unit did have its moments and ultimately performed just well enough to help the team improve to 4-0 on the season, it was unable to find a consistent rhythm and struggled particularly to extend drives during the second half. Ultimately, it finished the game with only 10 points scored and 224 total yards gained.

This week, however, presents a golden opportunity for New England’s offense to get back on the track: the Patriots will travel to Washington over the weekend to take on an 0-4 Redskins team that has looked like one of the worst in football on both sides of the ball.