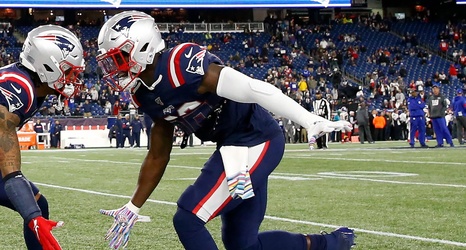 The New England Patriots had seven players listed on their injury report heading into their Thursday night game against the New York Giants. Of those seven men, only two — wide receiver Phillip Dorsett and running back Rex Burkhead — were declared inactive prior to the contest. Among the group of questionable players, meanwhile, was safety Patrick Chung who already missed last week’s game against the Washington Redskins.

His return lasted only one quarter, as Chung left the game with a chest injury in the first period and was later announced to be questionable by the team.