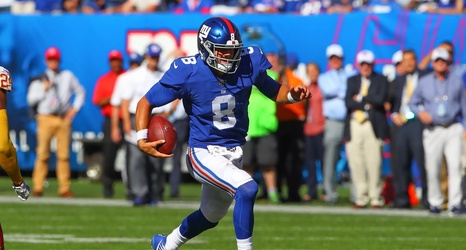 New England Patriots fans have some unpleasant memories of New York Giants quarterback Eli Manning. Two times, after the 2007 and 2011 seasons, the former first overall draft pick has led his team to Super Bowl titles by defeating the Patriots on the biggest stage. When the two teams meet again later today, however, the 38-year-old will not be under center for the Giants: rookie Daniel Jones is running the show in New York these days.

Jones joined the Giants as the highly scrutinized sixth overall selection earlier this year, and originally started the season behind Manning.