Patriots vs Giants: 6 winners and 4 losers from New England’s 35-14 win over New York 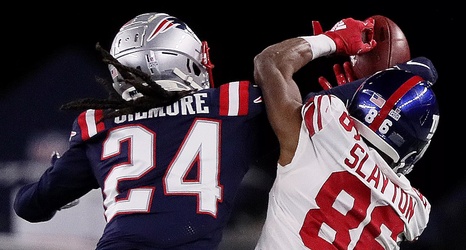 The New England Patriots remain undefeated, thanks to another blowout victory — this time, the New York Giants were on the receiving end. Even though the team actually competed well for the first three quarters, the reigning world champions pulled away late behind another excellent defensive outing and an offense that struggled to consistently hit its groove but mays enough plays to put the game out of reach and 35-14.

Let’s not get ahead of ourselves, however, and instead take a look at some of the men that stood out during the contest.

Former Patriot and one-time best cornerback in the NFL, Darrelle Revis took to social media after Thursday night’s game to share his opinion on Stephon Gilmore as “by far is the best corner in the game right now.