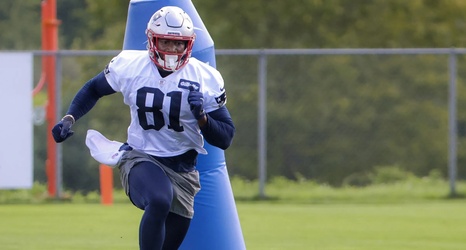 The New England Patriots will visit the Atlanta Falcons with a list of 13 questionable that includes Jonnu Smith.

The starting tight end missed last Sunday against the Cleveland Browns due to a shoulder issue and remained among the limited in consecutive walkthroughs since then.

But running back Damien Harris and returner Gunner Olszewski will go without game designations for New England. Both have cleared the NFL’s concussion protocol.

The Patriots moved sophomore linebacker Josh Uche to injured reserve with an ankle injury on Wednesday, and the Falcons ruled out three members of the active roster.