Patriots vs. Browns: Fan Notes from the Game 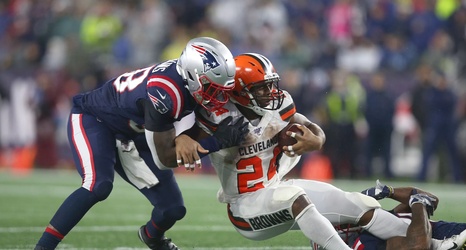 The Patriots took out the Cleveland Browns yesterday in a game that had all the hype in the world when the schedule first came out, but when reality set in and everyone remembered that the Patriots are the Patriots and the Browns are the Browns, it was once another game that was over before the first quarter ended. Neither ran nor wind nor an overhyped offense will stop this New England team from taking care of business.